I have written for a while under a tag “expat” – but the more I was writing, the more I understood that this doesn’t apply to me. There is a taste to the word “expat”, sweet and free, that is unfamiliar to my palate. I am more an immigrant and less an expat in Norway. Somewhere I have read a discussion of the differences between immigrants and expats, and since then this thought hasn’t left me. How would I explain that difference? In my post “Thriving in Norway” I made a try of explaining – and I feel that I have so much more to say about feelings of an immigrant. And how they differ from other kinds of foreigners.

We, foreigners in Norway, often view ourselves as a big group as opposed to the group of native Norwegians. But we tend to forget that this big group is not homogenous, and as we experience difficulties understanding the locals – we may also face difficulties understanding other foreigners with whom we identify us. I get a skin-close experience of it since I live together with another foreigner – and sometimes it feels like we have lived in two different countries, though we have lived in the same city in the same country of Norway for the past 11 years (20 in his case). Let me explore the differences. 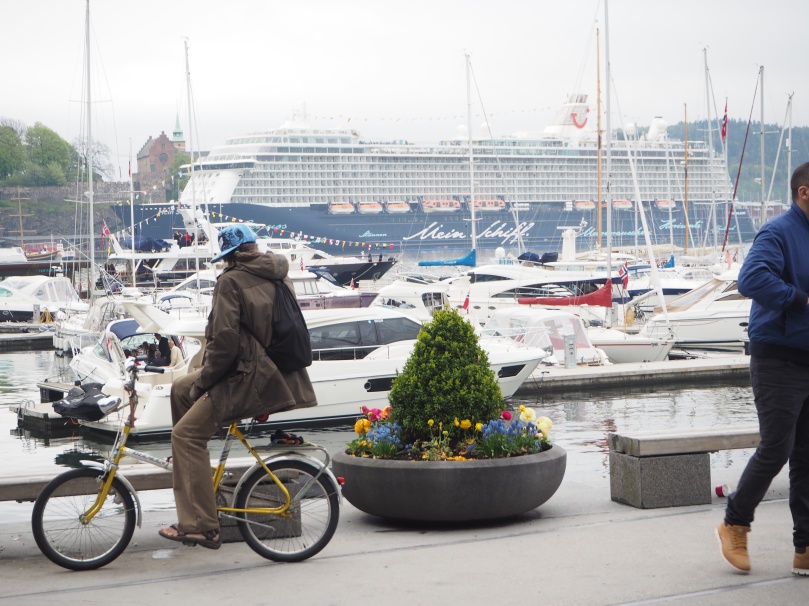 END_OF_DOCUMENT_TOKEN_TO_BE_REPLACED

Norwegians love to ask the newcomers to their country: “Do you like it in Norway?” (“Trives du I Norge?” which reminds of “do you thrive?”). Which is a difficult question because it doesn’t leave you an option. Well, not really 🙂 Saying no would be rude. And it also would call for a reaction “so why do you stay if you don’t like it?” So, you say yes. I used to say yes with a feeling that I am lying. I could not honestly answer that I like it here, but what could I say? After some years I used to answer “yes” more honestly but still halfheartedly. I would usually say: “Yes, I like it here. After you build your life here, you have more friends and you like it more”.

Norwegians are sweet in this curiosity. In a way they still feel that theirs is a little country up in the North and why would someone come and stay here? It is also a common question if you begin in a new job, they would ask “do you like it?” (trives du?). But it took me many years to accept this question. I felt like I was suffering from the loneliness for quite a long time here and it colored my experience of the country. And even after I got some friends I felt like a lone fighter in this cold landscape, having no one to count on but myself. The struggles were many, and leaving for home was not an option for me. 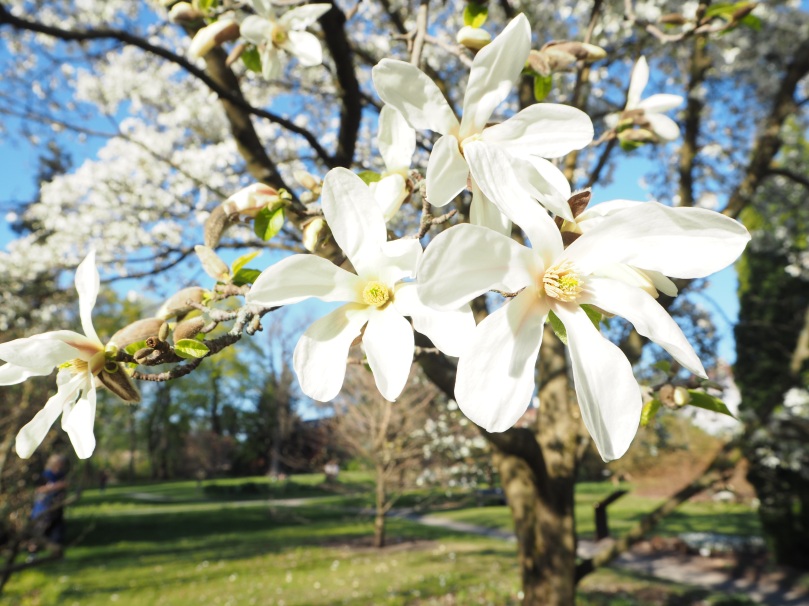 END_OF_DOCUMENT_TOKEN_TO_BE_REPLACED

These days it looks like Scandinavian countries know the answer to every question. They design cheap and pretty furniture, wear comfortable and stylish clothes, drive more electric cars and separate their waste. They work for life and don’t live for work. They have the welfare state, generous parental leave, stay-at-home fathers and smaller class differences than other places. They even have discovered a secret to a happy life and crowd the top of the FN reports as the happiest countries in the world. Observing all this from my little corner of Scandinavia makes me wonder if I have come to live in the perfect country. And how come I haven’t noticed it so far?

It is dark outside my huge window, as I sit on the couch, woolen socks and cozy home wear, which makes me look like a picture from an IKEA catalogue. In the windows of the neighbor buildings (as Norwegians don’t use curtains) I see people going on in their cozy clothes making their cozy lifestyles. Watching TV, burning candles, eating dinner with friends. Everyone thinks that we live in a paradise here. Haven’t we lost our sensitivity that we don’t notice that? That we have to be told about it? 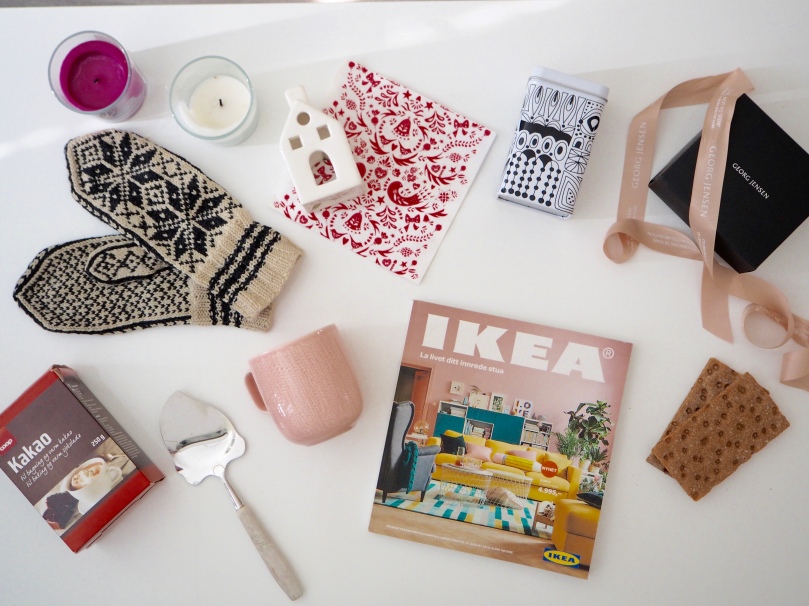 END_OF_DOCUMENT_TOKEN_TO_BE_REPLACED

Yesterday I took part in the Norwegian citizenship ceremony. Even though I had received my citizenship half a year ago, this ceremony felt like a watershed to me. I slowly start to realize that I am not a guest here anymore, that this is my home too. And that I can breathe out, be proud of how far I came and start building something. Leaving the stress behind. Leaving the story of “poor me who has to fight for everything” behind.

Maybe, connected to this event or not, recently I am more aware of how Norwegian I have become in all these years. Today I want to share a simple list of the changes that would have seemed peculiar to me 10 years ago. But now they are my second nature, and it took some effort to step back and notice what is different to me now.

END_OF_DOCUMENT_TOKEN_TO_BE_REPLACED

My post about the perks of being Norwegian has got great support among my Facebook friends and I got many compliments for it a day later at a friend’s party. There was a note of surprise in their tone which was suspicious – am I usually not as positive? 🙂 So I had to reassure them: “Don’t worry, the negative post is just around the corner. It is already half-baked in the oven. First you catch the attention by the positive one – and then swoosh, comes the negative one. This is what I call strategic blogging, hehe”.

This was not far away from the truth, since I had written a draft a month earlier – about what I like and dislike about a typical Norwegian. The post was half-baked indeed. But now, on the positive wave of the new year and positive confirmation – should I go back to complaining again? I have learnt my lesson: complaining doesn’t work (it took me a long time, but at last I learnt it *grin*). And it is much better to keep the focus on the things I like instead of going through what I don’t like. But on the other side, I feel that I am hiding. I have my ideas and I am just afraid to air them. Because they are less pleasant for Norwegians, and so I am also afraid to touch that.

I don’t want to offend anyone – and then I end up tiptoeing way too much. I also want to be more positive than negative. But still there are things I want to say – and why should I suppress my voice which is still so weak? When suddenly I got the idea of talking about myself, instead of a typical Norwegian. What about Norwegian culture that I adopted myself and don’t like? 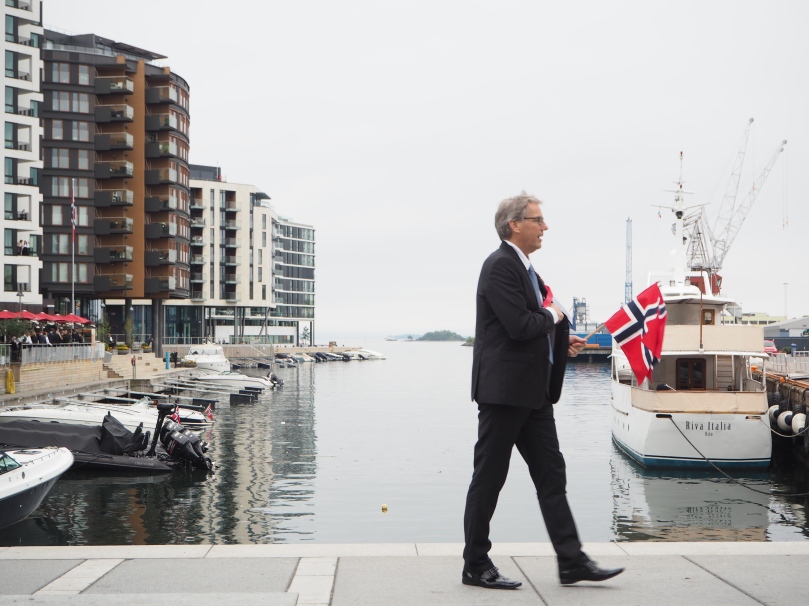 END_OF_DOCUMENT_TOKEN_TO_BE_REPLACED

I love flying from Oslo. And not in the meaning of leaving Oslo for some exciting or sunny destination (though I love that too). I mean, I love how smooth the process is. From when I step out of my front door till the moment I am in the air.

I take a tram or a bus to the central station. The ticket for it I buy in the app. I know the timetable of the trains so I know if I can make it – otherwise I take an airport express (which costs twice as much). The ticket for the train I buy in the same app (for airport express I just swipe the card, no paper ticket needed). While sitting on the train I can check in with my flight. I still often prefer to check in at the machine at the airport. Norwegian has also an easy bag drop in Oslo airport where you can scan your bag yourself and off it goes. The whole check-in process takes no more than 5 minutes. I still remember flying to Norway from Ukraine. Passport controls, eternal lines for check-in. And good if there were lines. Crowds. Like someone said: “When you are in the big airport like Amsterdam and looking for a check-in window to Kiev it is easy to find. All other destinations stand in line. Ukrainians stand in a crowd”. True true. 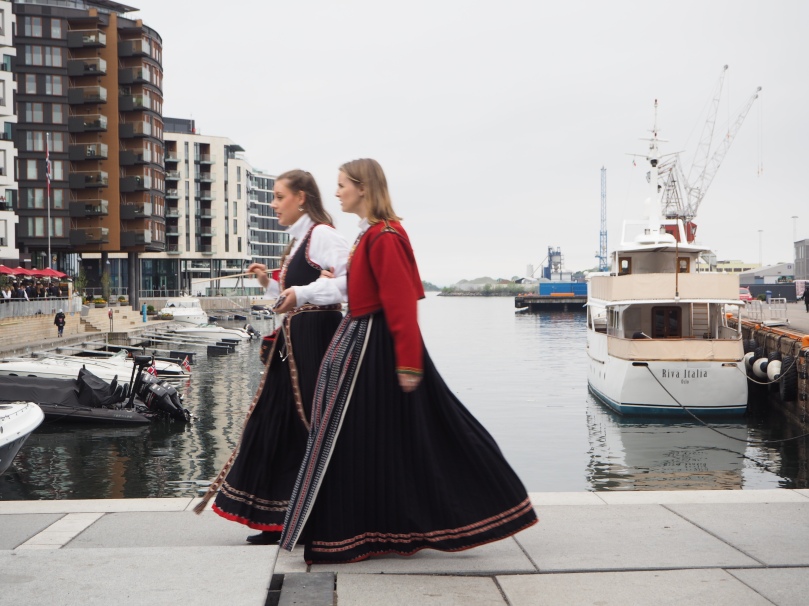 END_OF_DOCUMENT_TOKEN_TO_BE_REPLACED

Last Sunday we took a walk to Frognerparken and looked inside of the City Museum (Bymuseet) which is located there. Right now there is an exhibition about the history of Oslo called “Oslove” (which is a popular hashtag here on Instagram). It was interesting to see the development of old town of Kristiania (which was here before Oslo) into the modern capital.

I especially liked the wall with photographs of people who came to Oslo from different places in the world in the past century. Some of the photos had handles and if you pull it will open a little window where you can read about a person and see more photos or things. My first window was about a Ukrainian man who came to Oslo a hundred years ago and started a cigarette production. He was a Jew born in Kiev, and left Ukraine not out of fun, as I understood. As I was reading, I hoped that one day I also will be able to leave my mark on this city. I also left Ukraine not out of fun, but looking for a better life, like that man. In the end, he was able to build it with his own hands. I am still in the process of building and doubting. 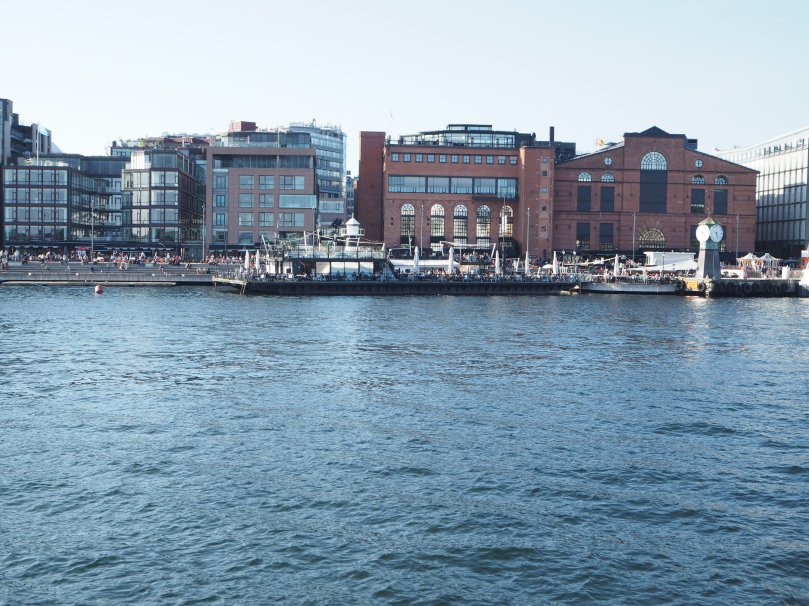 END_OF_DOCUMENT_TOKEN_TO_BE_REPLACED

Recently the world was infected by a new cozy inspiration: the Danish concept of hygge. Suddenly hygge was everywhere. I was reading the British and Spanish articles about this miraculous phenomenon, my Instagram feed was depicting the Hygge Book at homes from France to Russia. And, of course, I myself got affected and bought the book “The Cozy Life. Rediscover the Joy of Simple Things Through the Danish Concept of Hygge” by Pia Edberg. It seemed to be the perfect timing to be Scandinavian! 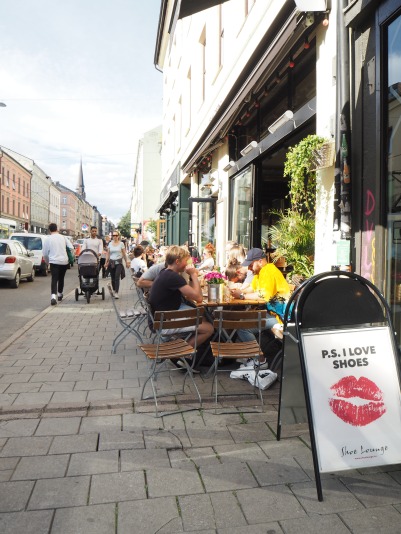 Dattera til Hagen, an old and popular place 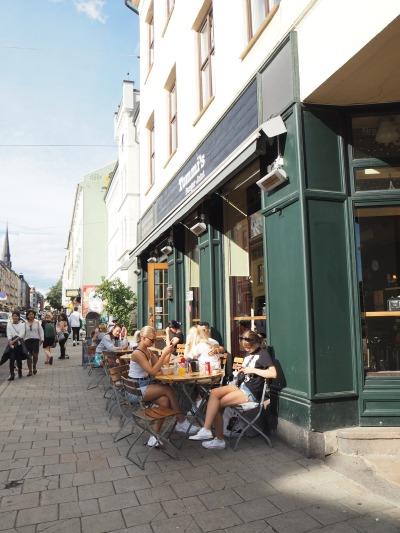 END_OF_DOCUMENT_TOKEN_TO_BE_REPLACED

Two days ago Norway celebrated its birthday – National day, also known as Constitution day. But everyone calls it “17 mai” because everyone knows what it stands for. Constitution of Norway was dated on 17th of May 1814 even though Norway was still under rule of Denmark. After Napoleon lost the war and Denmark as his ally had to give up on Norway, Norway still didn’t get independent but was forced into the union with Sweden. Only in 1905 Norway could claim its independence when the union was dissolved. Maybe, that is why Norwegians appreciate their independence so much, both in private and in state affairs. They have been fighting for it for quite a long time.

END_OF_DOCUMENT_TOKEN_TO_BE_REPLACED

Norway celebrates soon its National Day, which is also called here 17th of May, because this is the date of it 🙂 Yesterday I read a post by Manja Mexi Movie  about her experience with Norwegian flags, and it inspired me to go outside and take pictures of them. Luckily, in the advance of the great day many window shops have the national flag theme. I also hope that the weather will be kind to us next week and I hope to get outside and take some pictures for the blog. Thanks to the blog that it can kick me out in the inspiration rush because after many years here I am no longer amazed at the parade and use to stay at home to avoid the crowds (or even unpatriotically leave country for a sunnier place). 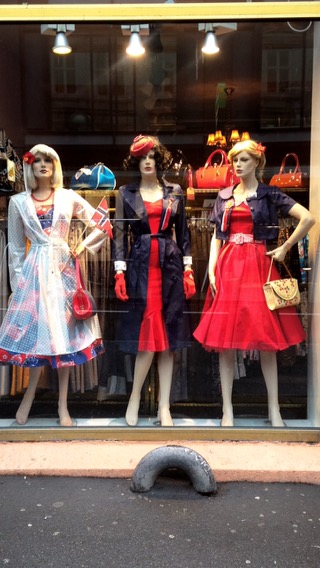